NEXT ISSUE: May (delivered from Monday, 27th April)
These FOC listings include "What's On", Clubs & Societies, Useful Contacts & Church Notices.
If these are sent in after the deadline, they will not be printed. 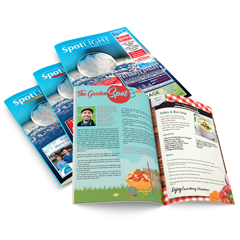 Difficult to believe maybe - but it’s true - a staggering 182,300 potential readers every month! That beats all the local newspapers, daily newspapers and websites in our circulation area... combined.

SpotLight runs seven magazines covering an area approximately 100 square miles. From Ross-shire in the West to Cullen & Keith in the East, down to Aviemore & Kingussie in the South. Our total guaranteed circulation is now a massive 96,500 which ‘significantly exceeds’ any other local or daily newspapers. 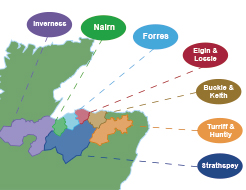 And the great thing is, you can pick just the area that suits you. That's why we call it SpotLight.

We focus on YOUR community and your advert is seen by locals - that's why it's so effective.

*Based on market research undertaken in October 2012