The city and the surrounding area is now home to around 128,000 people and legend has it that in 1040, Macbeth, of Shakespeare fame, built his stronghold in Inverness.

In 1158 King David of Scotland awarded Inverness its charter as a Royal Burgh. Robert the Bruce seized the first of the city's five castles from English forces in 1307 and, in 1562, Mary Queen of Scots had the Governor of Inverness Castle hanged for refusing her entry to the Burgh.

A momentous day for Inverness came in 2001 when it was formally declared Scotland's newest city. 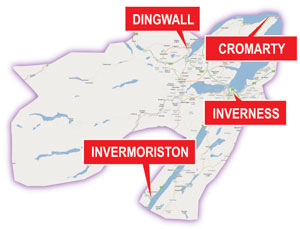