A Profile on Buckie Thistle 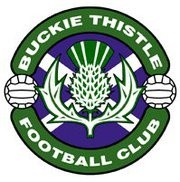 Buckie Thistle Football Club has a remarkable history to it full of highs and terrible lows - but it is still very much alive and kicking and looking forward to a bright future on and off the park.

The club was officially founded in 1889 but new evidence suggests it could be as early as 1897! The club played in local competitions only until being elected to the Highland League in 1909. In August 1919 they played their first game at the new Victoria Park where they have been ever since

They became the first team out-with Inverness and Elgin to win the Championship when they lifted it for the first time in 1919-20. Nine more titles have followed, the last being in 2010-11 when they defeated deadly rivals Deveronvale 2-1 at Victoria Park in what was effectively a title decider.

The other major honours to come their way have been the Highland League Cup which they have won eight times, the last in 2011-12. In that competition they were the first club to complete a hat-trick of successes from 1955-57. They lifted the Scottish Qualifying Cup (North) on four occasions, the last in 2003-04 - this is no longer played for.

The most successful period was the 1950’s and in 1953-54 they became only the second team to complete the ‘Grand Slam’ by lifting all the north trophies they could enter for. 2003-2012 though was also a great time for the club especially on May Day 2010 when, away to Wick Academy, the club lifted the title for the first time since 1958. The darkest days were at the end of the 1960’s and then, most notably, in 1982 when the club nearly folded.

Conflicts have also had a toll on the club with players paying the ultimate sacrifices in both wars notably keeper Alex ‘Charlie’ Davidson in the Great War and George ‘Kitchy’ Cormack in World War 2. A few players were decorated with George McIntosh receiving the VC in World War 1 and Alex Smith the MC in World War 2.