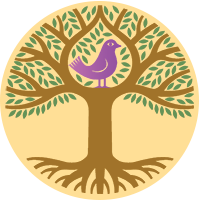 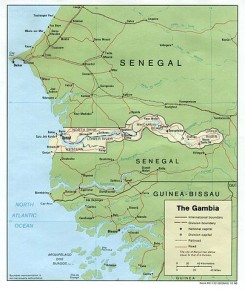 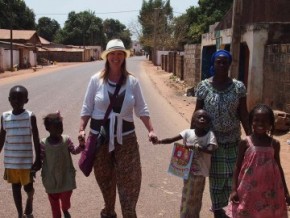 When you think about making a difference or having an impact in the world, it can seem very daunting! You can feel like a deer trapped in the headlights, overwhelmed, not knowing how to help. So more often than not we chose to step back, and let it wash over us. But there is something that we can do; you don't need millions to make a difference. Here I introduce you to The Indigo Project, set up by a local family with very little money, a dream to help others, transformed into a thriving charity.

I interviewed the woman behind the charity; Jeana Harvey. She is one of the kindest people you will ever meet. She has a heart as big as an ocean and helping others comes easily to her. She was warm, and open to talking to me. I was relaxed and enjoyed listening to what she had to say.

What made you want to set up the charity?

"I first went to visit the Gambia on a holiday in 2009 and I met Alex (Alagie) and Sara (Sainey) who welcomed us into their homes. They introduced us to their families. Alex works at a beach bar and Sainey drives a tourist taxi. Whilst spending time at Alex’s compound we started to understand the Gambian hardships, the fascinating culture and the wonderful loving family life. We played with the local children who played with cardboard boxes it struck us how content they were. They were some of the happiest children we’d ever seen, all laughing out loud, big smiles and twinkling eyes."

Jeana realised how easy it would be to support these families by paying for their children to go to school. So she went back 6 months later to enroll two children into the local primary school, which is called the Janet school.
The Janet school is an independent school and it costs £150 a year to provide children with a private education. It is situated in Serrakunda and teaches to a very high standard. Jeana visited the school 6 months after the first visit to meet with the headmaster, the driving force behind the school, and she found him very inspiring. He currently takes children from the ages of 4-14 but wishes to offer schooling up till the age of 18.

"We checked on the children we had sponsored" Jeana told me “and asked about other children needing sponsorship as people had said they’d like to support one of them. It kind of grew from there. For the first 3 years we were just visiting. The longest period we were there for was a year, but we mainly aimed to come at least every 6 months to catch up with the families. In that time we had branched out, we went to visit villages further inland and sponsored some children there. We became a registered charity in November 2012, just over 3 years ago”

Although education is free in government schools in the Gambia, a large percentage of children do not attend as they are not provided with a uniform, paper or basic stationary. Therefore sponsorship is also required to provide this. The Indigo Project works with the headmasters of the nurseries to support children who cant afford to continue their education. Each academic year a child is sponsored who needs help to stay in school, and for other children to begin their schooling.

Has helping other people made you feel differently about yourself?

“Yes. It keeps me in a reality check, it shows me what is important in life. I’ve never been a materialistic person but actually it has made me less materialistic. I try to discourage the Gambians from being materialistic as they are desperately trying to be the same or have the same opportunities as us, and I spend a lot of time saying your country is a lot happier than ours, our country is greedy. No one is satisfied with what they’ve got. But I tell them that they have each other, and they smile. We don’t have that. Yes it has effected me, but mainly it’s trying to put things into perspective and it also makes me happy.”

What is one memorable moment that has stuck with you?

“Teaching a 14 year old boy how to swim is one of them. He’d never been in a pool before, never been in water before, as they don't have access to water other than the sea. A lot of people drown in the sea. A lot of them go into the fishing trade because fishing is the second biggest trade in Gambia, after rice production and tourism. Teaching him was quiet amazing. I also took an adult to the dentist to get his front teeth sorted. He works in tourism, and it would make it easier for his business and make it more likely for people to approach him if he had a nice smile. I don’t know, there are so many lovely memories of just spending time with the kids, and doing productions with them every time we go. Taking them to the beach, mainly seeing opportunities to take them to places for the first time. Actually seeing the parents faces when you pay the fees, and the genuine gratitude, not that you do it for gratitude but you know its making a difference. There’s a lady there that's looking after 4 refugee orphans from Somalia and we sponsored all 4 of them to go to school. Just knowing that she has that support, and we've said that we’d support them all the way through their education which is a 14 year commitment. So to just see the pressure lift from there faces a little bit.”

Is there anything recently that you have done that isn't on your website?

“The website needs updating, but it is hard to maintain because I’m juggling everything. But we’ve just recently done a film night to raise funds for young people to go from Moray area to help build bricks with the school. Were going to see the rotary club in Inverness about some possible funding to help at the Janet school. Our big dream would be to purchase the land the school is on, as the land is currently rented, so as to make it more secure. The school was set up by a man who paid for it by busking at the weekends. He is in his late forties, which is quiet old as there is a lot of risks in Gambia such as, diabetes, heart attacks and malaria. There are 300 children relying on him for an education. So my plan is to purchase the land, so just having that security if he did die, the charity owns the land so we can keep it ticking on. So that they don't have to think about paying rent. This is at the back of the scene at the moment.”

What advice can you give to people who want to make a difference but don't have a lot of money?

“It doesn't take money to make a difference in anybody's life. It just takes an open heart. You don't need money you just need a lot of motivation. Because I don't have any money. (Jeana chuckled.) That's it really it, just the fact that you won't to.”

Have you found it rewarding?

“Yes very much, I found it rewarding but also frustrating. Its been a big juggle with my work, self employment and house renovation so its difficult to fit it in. I’d like to put so much more energy into it but at the moment its just doing enough to make sure that it slowly, slowly develops to support adults to make the necessary changes in the school and that we continue to support and get sponsorship for the children that are committed to education. If I had more time to put into it I’d like it to be full time, advertise it, and develop projects.”

The Indigo Project takes a group of volunteers out to the Gambia once a year to work alongside the school children which Jeana says they find very rewarding. “Gambia is one of the the poorest countries in the world but it is one of the happiest too. There two great sayings that I love from Gambia: ‘Slowly, slowly we’ll get there’ and ‘your happiness is my happiness.’ If your happy I’m happy.”

There are other ways we can help, last year my school, Drumduan was involved with the charity Jungle Canopy, which sent caravans from Scotland to the refugee camps in Calais, France. It was such a rewarding process. We asked local business for donations, so we could fill the inside of the caravan and decorate the outside of it. We made the space as cozy as possible and filled in with bags of food and clothes that had been donated or bought with the money we raised. We waved the caravan goodbye, as the rain splattered over our heads. Knowing that we had helped and provided two young lads with a home made me feel great.