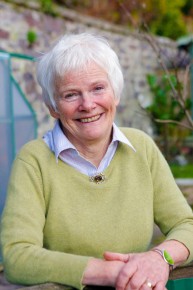 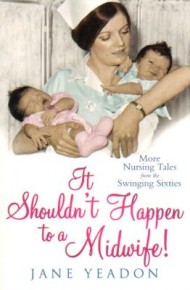 A rich vein of artistic talent exists in the Highlands and Moray. It might be inspired by the beauty of the landscapes and vistas found where mountains meet the Firth. Or perhaps our comparative isolation on the outermost fringes of Europe lends a unique perspective.

Jane Yeadon, a highly acclaimed and best-selling author, is a “daughter of Moray”, having been born and then lived in this part of the world for much of her life. Petite and always busy, with a perpetual good-humoured smile, Jane puts me in mind of the industrious and endearing little wren.

In considering her literary career, Jane admits to being a “late developer” having first pursued her dream of a long and varied career in the nursing profession that included being a midwife and a district nurse in the Highlands. Indeed, her rich and varied experiences have provided much material for her greatly admired books.

Jane puts her love of the written word down to a “writing gene” that flows through her family. Her parents, Elizabeth and Ian Macpherson, were already established authors and journalists when they took up a tenancy on Tombain, a small farm on the edge of the Dava Moor between Forres and Grantown-on-Spey, where Jane and her elder sister, Elizabeth, were born. Ian managed to combine writing with farming and his novels are judged to have made a significant contribution to Scottish twentieth century literature.

Sadly, Jane never knew her father as he was tragically killed in a motorbike accident when she was just six weeks old. After his death, her mother Elizabeth took to writing a weekly column in “The Bulletin and Scots Pictorial”, under the title “Leaning of a Gate” followed later by a column for the Glasgow Herald entitled, “In the Country”. Many years later, in 2005, this led to Jane’s first foray into the writing world when, in collaboration with her sister Elizabeth, they assembled many of their mother’s articles into a book appropriately entitled, “Leaning on a Gate” published by Librario Publishing and described by Sue Macgregor as a valuable account of Moray farm life.

In Jane’s latest novel “Telling Tales”, published in 2015 by Black and White Publishing, she illustrates her mother’s strict discipline towards her writing regime, as follows: “Tomorrow is Monday, the day our widowed mother chooses to be herself writing newspaper articles about everyday life on an upland Morayshire farm. Since family discord isn’t her chosen subject, we’re not useful material. Now, bonded in the adversity of a having a mother who’s about to forget she is one, we hurry to grab our coats……” In her book Jane describes her own life from a childhood perspective. The story is told in an engaging manner that brings immediacy to the recollections of her early years, free from care and worries.

Although times must have been difficult in that post-war era, her young life sounds full and rich, complete with a large and varied supporting cast that includes Dod, the farm manager, Smithy, the land girl together with Frankie, an ill-tempered Ayrshire bull and Duck, to name but a few. She also vividly describes “going on holiday to see Granny in Nairn”. It transpires that Granny, Isabel Cameron, was also blessed with the “writing gene”, having written books and telling gripping tales in which Jane and her sister Elizabeth were always funny, clever heroines.

Jane’s first three books chronicle her life throughout a long and varied career in the nursing profession.

Her first book titled, “It Won’t Hurt a Bit”, published by Black and White in 2010, is the story of how she decides to leave her beloved farm, where she was raised, to take up nursing. Against the backdrop of the Swinging Sixties when the world finally shrugged off the privations of the war years, to find a new freedom and liberation, especially for women, Jane describes her many adventures as a nursing trainee. With her warm and unique sense of humour, Jane describes her new friends and events that patterned their lives from the gruelling training to scary matrons and difficult patients.

A second book, “It Shouldn’t Happen to a Midwife”, followed two years later in 2012. This sequel tells of Jane’s escapades following her basic training when she moved onto an exciting new life as a student midwife at the Royal Maternity Hospital in Belfast. With new challenges and colleagues, she is thrown in at the deep end and quickly discovers that straightforward births in the R.M.H are a rare occurrence. All this is set against Belfast’s divided community as it inevitably plunges towards “the Troubles” that are soon to blow it apart.

“Call me Sister”, published in 2014, chronicles Jane’s fulfilment of her dream to become a district nurse Ross-shire in the Highlands. Again, a cast of quirky characters is beautifully portrayed, recalling Highland life from a bygone age, which although recent, is now all but disappeared. An entertaining counterpoint is provided by Jane’s experiences when doing her training in Edinburgh – from the countryside to the capital. This part of her story includes an amusing scene recalling how she meets up with her future husband, David, whose family owned a hotel in Forres. After her marriage to David, Jane moved to Forres where she continued to enjoy her nursing career at the local Leanchoil Hospital.

Jane is a well-known and popular member of the community. Accompanying her down the High Street is to experience waves and greetings from all directions. Although Jane’s two children, Joanne and Mark, have inherited their mother’s adventurous spirit and travel the world, the writing gene has yet to manifest itself in them. But should they follow their mother’s example, there’s still plenty of time. More recently Jane has been working on a collaborative project with the Anderson’s Primary School to produce a children’s book titled, “The Ancient Secret of Cloven Hill” in which she draws on inspiration and ideas directly from the children.

Always generous of her time and expertise in supporting other aspiring writers, Jane is an active member of ForWords, the Forres writing group where her advice, together with her ever- cheery good humour are much valued and appreciated. Jane’s followers are eagerly anticipating her next book.